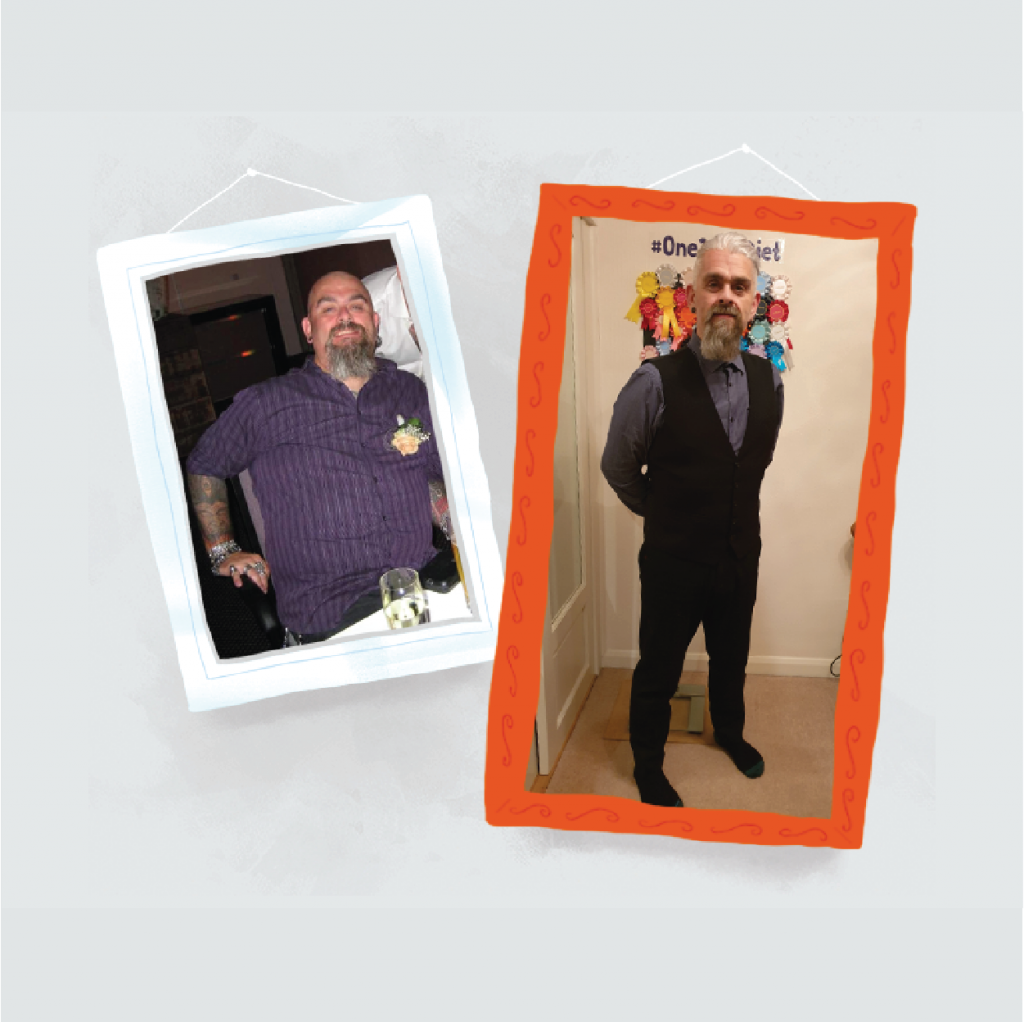 After being on medication for 11 years, Paul Williams was convinced he’d never be able to reverse his type 2 diabetes. Now, just six months on, the 50-year-old former DJ has done just that, after losing an incredible four stones.

“Living with type 2 diabetes was something I thought was with me for the rest of my life. I was convinced nothing could be done to reverse it.

“I was taking three Metformin tablets a day and told that the next step was to be put onto insulin injections unless my sugar levels were put under control.

“My wife, Tally, had become a Consultant for The 1:1 Diet by Cambridge Weight Plan, and that’s when I found out more about how being on the personalised weight loss Plan could help me – I was determined to give it a try!

“At my heaviest, I weighed 17 stone six pounds, mostly down to my poor eating habits and heavy drinking.

“I was a DJ in a club at live venues all over south London on top of my day job. My lifestyle meant that I was drinking a lot of alcohol and grabbing some food on the way home at 2am.

“My weight spiralled out of control and I piled on more after the deaths of my dad and best mate.

“When I was diagnosed with type 2 diabetes in 2006, I’d never really heard much about it and the doctor gave me tablets which he said I’d be on forever.

“However, when on the Diet Plan for weight loss, my diabetes medication was halved within a couple of months. After sustaining healthy sugar levels, it was further reduced until my diabetic nurse told me the great news that I didn’t need any medication and my type 2 diabetes was now in remission.”

“Within six months I had dropped 25kg, and I’ve been at my 82kg weight for more than a year.

“I feel amazing and I’m a whole new man. I go cycling in the countryside and do a boot camp once a week.

“I went back to a club where I used to DJ for a friend’s do and waved at a guy I knew in the crowd. The look on his face was astonishing and he came over and said, ‘I know it’s you, but I didn’t recognise you!’”

Back to Success stories

Inspired to start your own
weight loss story

Choose your personal diet Consultant for a big scoop of support while you lose that weight.