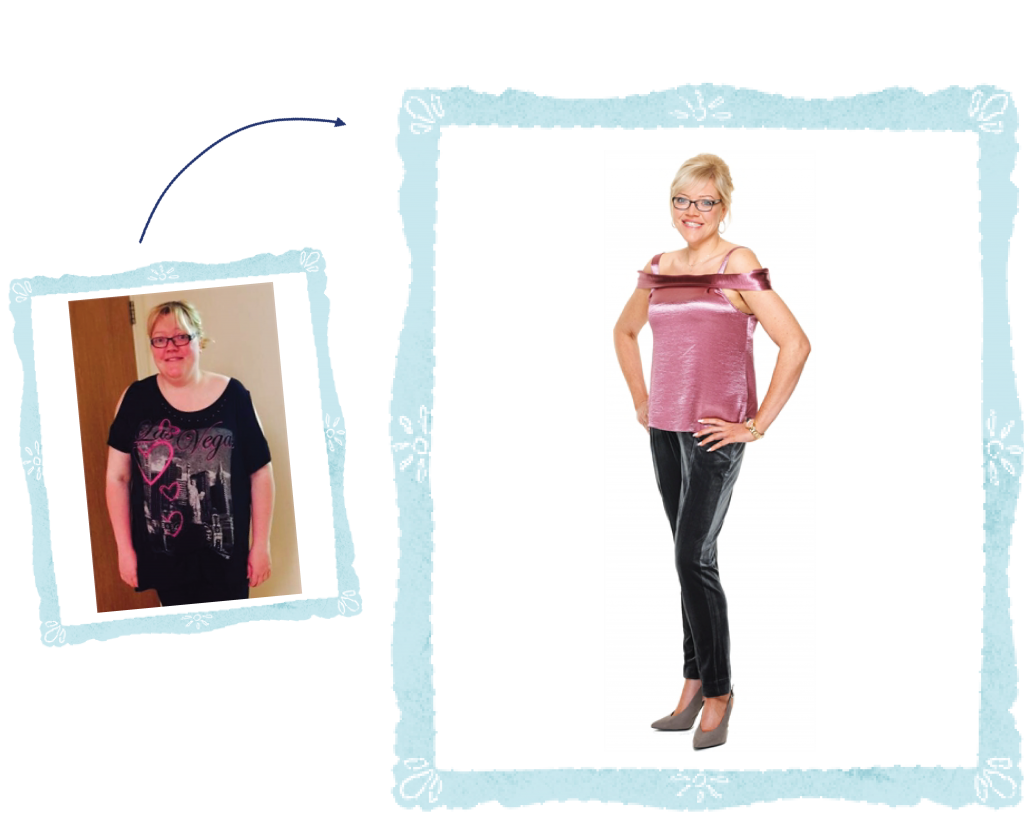 For as long as I can remember, I’ve been overweight. I was always the biggest out of all my friends and family – I loved food and lots of it! I realised I had a problem when I was a teenager. I was terrible at sports, and I avoided going out as it just led to me being called names and being bullied. I had some good friends, but inside I felt so unhappy.

Eventually, I became a mother to three beautiful children. This made me gain even more weight, and I separated with their father as I he had lied and cheated on me the whole time. I had such low confidence and self-esteem that I had put up with it for so long.

One day I woke up and realised that me and my children deserved better. I continued being the best mum I could be, and I eventually became a foster carer. I loved my job and the children I cared for, but unfortunately I still continued to eat lots.

The turning point for me was not being able to do activities with my children. I felt heavy, breathless, tired and achy all the time. One day I decided to be brave and take my children on a ride, but when the bar didn’t go down I felt mortified. I was so embarrassed, but what hurt more was the look on the children’s faces.

That day made me realise I had to change. Not only was I killing myself – I was affecting my children.

I was also going through the adoption process for my beautiful son, who I have fostered since birth. Due to the drugs his birth mother took whilst pregnant, he was born addicted to heroin, crack, cocaine and methadone, suffered with seizures and fits, and is also blind. All of this went against him and no one wanted to adopt him. I knew deep down he would end up in a children’s home and I couldn’t let that happen.

To this day I’m forever grateful that I decided to join CWP. It was hard work; at times I wanted to give up but I had to keep going, to keep fighting not just for me but for my babies.

Half way through the Plan I had a call to say that my adopted son’s birth mother had another baby. I decided to try and adopt her too! I knew with five babies and one of them being blind it wouldn’t be easy, but I needed to keep these babies together. Losing weight helped with this as I had to have medicals. So many times my weight was mentioned – how would I cope whilst also being so overweight?

I proved them all wrong! Even the judge in court was so impressed and said it shows my dedication to all my children. I knew that it wasn’t just for me but for them too, and I was determined to be a good role model.

Now I go on all the rides, swim and do everything with my children. I’m now a mummy to five as I have legally adopted the baby too! I speak at adoption conferences and organise the open days for people considering adoption. I have so much more confidence, and I would have never been able to do any of the above without losing weight and joining CWP!

Back to Success stories

Fancy giving it a go?

Choose your personal diet Consultant for a big scoop of support while you lose that weight.